IEF e.V. in association with The Consulate General of India, Munich and Longhouse Partners, is organizing an Indo-German Startup Round Table to focus on connecting Indian Entrepreneurs with the Startup Eco-System in Bavaria in various fields.
As one of the world’s fastest growing large economies, India occupies a prominent position in the global stage. Germany which is strategic partner of India, continues to be a focus area for Indian businesses for joint collaboration. In particular, South Germany representing the region of Bavaria and Baden Wuerttemberg is a major driver in the fast-growing trade and economic ties between India and Germany. Munich has been considered to be the silicon valley of Industrial Innovation in Germany. Major VC‘s and corporate Investors are growingly interested into tapping the Indian Market along with the younger Founders of Indian origin.
The Round Table offers to enable and network new ideas to established German Fund Representatives in areas of IOT, AI, Block chain, Sensors, etc.

vencortex is your performance management suite to measure, track and understand the performance of your innovation ecosystem at scale. From ideas to investments.

TuduBuddy is an Artificial intelligence (AI) based online assessment platform for your child.

ZestIOT is about connected IoT platform to enable devices around and improve ecosystem with contactless boarding, queue optimization and baggage tracking.

Vritti is a wearable neurofeedback device which senses your brain waves and translates them into an user understandable format such as stress and concentration levels. Enhance your meditation experience by validating your sessions and find the right technique for you.

The construction of EV charging points is made easier, more cost efficient and scalable by Aqueduct.

The company’s missions are  (i)to provide effective R&D consulting in the field of Vehicle/Road safety to research institutes, car manufacturers and government departments. 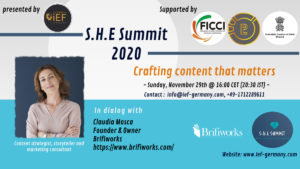